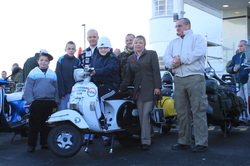 THEY’RE known as the North Shields Agro Boys . . . but they’re softies at heart.

And now the scooter riders are banding together to raise cash to send a disabled youngster on the trip of a lifetime.

Nine-year-old Christopher Cameron lives every day with blindness, autism and a rare bone condition, which means he needs constant medical care.
The brave youngster and his family, of Westminster Crescent, Hebburn, South Tyneside, have just returned from a trip to Disneyland Florida.
Scooter club members and local band the Ska-Toons are hoping to raise more than £3,000 towards a second dream trip. Hundreds of enthusiasts are expected to park up and join in an annual shindig held by two Tyneside scooter clubs.
For the fifth consecutive year, the two clubs, the North Shields Agro Boys, and the Tynesiders Scooter Club, will hold a fair followed by an evening disco - an event that attracts scooter fans from across the UK. Money raised at the event will be divided between two charities close to the clubs’ hearts – The Leukaemia Trust and the Christopher Cameron Charity Fund.
Ever since the wife of the founder of the North Shields club, Karen Appleton, died from cancer eight years ago, the club has given half of the money raised to the Leukaemia Trust.
Founder of the Tynesiders Scooter Club, Janet Oakley, said: “We tend to change the charities we give to every year, but we always send half the money to the Leukaemia Trust.
“The charity is always close to our hearts, because Stephen’s wife, Karen, died of Leukaemia when she was just 41 and he is extremely loved and respected within the scooter community.”
Janet, of North Shields, added: “Christopher is the grandson of one of our roadies, and the nephew of the lead singer of the Ska-toons.
“He can’t really play out and enjoy himself the same way that other children do, so we just want to give him a good day out.”
More than 800 riders are expected at the event at the Park Hotel, Tynemouth, on November 27.
During the day the venue will be filled with stalls selling scooter parts, clothing and memorabilia, while riders can show off their scooters.
The evening event features music from Ska’d for Life, a group of North-East DJs.
For tickets and further information contact Stephen Appleton on 0191 2901495. 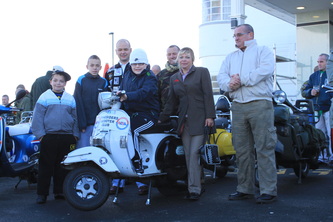 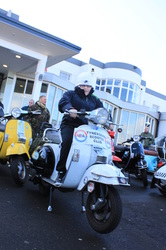 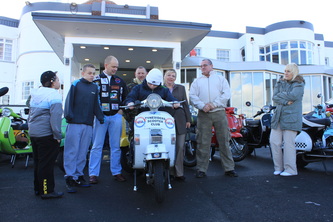 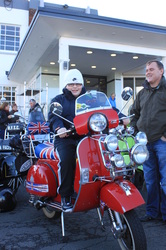 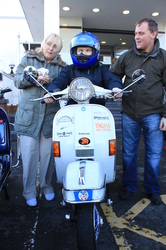